“WHO RUN THE WORLD? GIRLS!” Alright, we don’t quite run it.

In fact, despite tangible progress, we arguably have a long way to go before we’ll truly have our equal share. In an online Forbes article on Jill Abramson, the former first female Executive Editor of the New York Times, whose dismissal in May of this year sparked much debate on the treatment and standards set for women in executive positions, Abramson said, “Where are all the girls?”

It’s an ongoing issue in business, “raised until the strides of women in business match the gaits of their male counterparts…they still contribute less than 4% of all public and private business revenues — about the same share as in 1997” (Inverso). The concern was addressed on Fortune.com recently, too: “I oversee the team that puts together the Fortune 40 Under 40 list,” writes Leigh Gallagher. “And for as long as we’ve been doing it, the topic of the number of women on the list—specifically, the lack thereof—has been an issue” (Gallagher). Even when women do make the cut, many of us can’t help but notice they’re still mostly surrounded by men.

It’s sort of the opposite around here; the ladies have quite a large piece of the orange pie.

When I began working here, I was immediately struck by how many women there were in the office. The rest of the team had become so accustomed to it that, when I mentioned my surprise, the general response was a pause, a look around, followed by, “Hm, I guess there are a lot of women here.” Even in the close quarters of a team-oriented environment, with no office or cubicle-like barriers between us at all, there has never, to my knowledge, been any serious battle-of-the-sexes tension.

Since expanding and moving to the new space in Addison, we’ve added a few more men to the team, and so are closer to being equal in number. But, the relevant point for the moment is this:

Not only does Globe Runner and its CEO, in a technologically-heavy business, not shy away from accepting women for any position, but the conflict and sexism commonly associated with men and women working so close together is almost non-existent.

Even I sometimes wonder how in the world this is possible.

Particularly since, on top of that, we are a conglomeration of varying personality types. We are Baby Boomers, Gen X and Gen Y, and Millennials. We are conservative, liberal, and everything in between. We are single, dating, living with a partner, and married. How do we work together efficiently without serious strife (other than the occasional I’m-having-a-bad-day-and-can’t-deal-with-you-now drama)?

It all starts with the boss.

It may seem obvious, but it’s always relevant; the boss sets the standard.

Ours, like many, is more than a CEO. He’s a proud father and husband, an artist, and strives to be a role-model for people with dyslexia and other learning differences. He has a lot to balance in his life and work, and he needs people who work well with others to get things done. He also knows that merely being good at SEO does not a successful team member make; Globe Runner has a culture, and you have to work with and in it.

He’s created a culture that promotes equality by, well, not being sexist, and not hiring sexist people.

You’re not going to catch him making offensive jokes about women being lesser, for example. Actually, he’d be more likely to correct someone by pointing out that there are, in fact, women who can do whatever it is Mr. Funny seems to think they can’t. You’re also not going to hear complaints about him taking the advice of a male employee over a female employee again and again. “Having an idea ignored only to be repeated by a male colleague five minutes later to interest and applause” is a common issue for women in the workforce, and number six on TheGuardian.com’s list of the “10 sexist scenarios that women face at work” (Bates). He is consistent about hearing everyone out, and obviously cares more about the opinion and advice than who’s giving them (given that such a large percentage of his team is female, it would be hard not to).

We are, after all professionals.

Sexism is a nuisance, and not just for the women—or men, to be fair—on the receiving end. It’s distracting; it takes time and energy to be sexist. For example, if you get an answer to a question from a woman, and then immediately ask the same question of a man, only to get the same answer, you’ve just wasted time because you couldn’t accept, for whatever reason, that the woman knew what she was talking about. The resulting frustration is also a distraction, and makes for a tense work environment.

No business needs that.

We have fun at Globe Runner; but we’re a busy, professional group. We have a lot of work to do, and no one has time to deal with time-wasting, annoying sexism. We have to work together to get things accomplished, and not only would sexism get in the way of those working relationships, but the result would be a problem in productivity. Bosses and leaders would have to spend valuable time dealing with complaints, female employees may be less motivated to do their job because they’re not appreciated or respected, and they may quit altogether. And, of course, there is always the possibility of legal action, which is a nightmare for everyone.

Some clients would be bothered not only by the lack of productivity as a result of the tension, but by the sexism itself. These issues bleed into all areas when they’re not dealt with, and others outside the team will eventually see them. If you’re sexist around your team, you’ll eventually let it slip around clients, and that won’t get you anywhere.

We don’t have time for that here, and everyone knows it.

Gone is the martini in the middle of the day while your secretary ran your errands and made your lunch. (Though, maybe we could bring back the martini part for everyone.) But, some of the problematic parts of being a woman in the workforce still remain—Christina Hendricks’s take on them is pretty funny. It often seems that a truly forward-thinking workplace is a rarity. Just take a look at Twitter’s @EverydaySexism and #ShoutingBack.

But, we do our best.

We’re in the business of helping people function well online; it doesn’t get much more contemporary than that. We can’t afford to be stuck in the 50s, or any other noticeably less socially progressive age. This world, and this business, is constantly changing. As a result, client needs, expectations, and, of course, the clients themselves also change. We serve both male and female business owners of various ages and backgrounds, and in all sorts of industries. Our internal setup needs to reflect this progressiveness as well.

I’ve never heard anyone complain about being paid an unfair wage. I’m fairly certain we all agree that our allotted PTO is very generous. We have excellent benefits, including maternity leave.

I could go on, but I think you get my point.

We’re not perfect, and we know it. We’re very aware that things can always be better, in our work, and in our office. But, I wrote this because I’m thrilled; workplaces where female employees are valued and respected just as much as their male coworkers do exist in the world, and we’re running one.

*The opinions in this post are mine; they do not necessarily reflect those of Globe Runner or its team members and/or leaders. 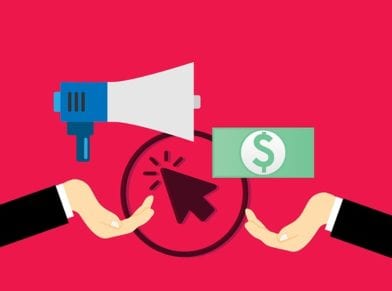 5 REASONS TO RUN SEO AND PPC TOGETHER